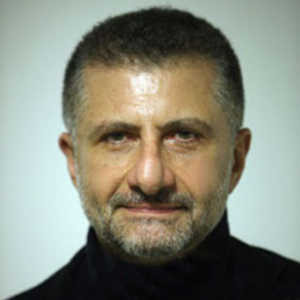 Yiannis Toumazis is Assistant Professor at the Department of Fine and Applied Arts of Frederick University, Nicosia, Cyprus, the Director of NiMAC [The Nicosia Municipal Arts Centre] and of the Pierides Foundation, and Chairman of the Board of Directors of the Cyprus Theatre Organization (THOC). His work focuses on issues of art theory, museology, museography and curating. He has curated numerous contemporary art exhibitions in Cyprus and abroad. In 2011 he was the curator of the Cyprus Pavilion “Temporal Taxonomy” at the 54th Biennale of Venice in Italy. He has also designed several museums in Cyprus and Greece, amongst which the awarded THALASSA Museum of Ayia Napa, Cyprus. In 2013 his book on Marcel Duchamp, entitled Marcel Duchamp: Artiste Androgyne, was published by Presses Universitaires de Paris Ouest in France. He is one of the co-authors of the book: Cyprus Art of the 20th Century (2003).  His essays, articles and other writings on Art, Museology and Photography have appeared in many international scientific journals. In addition, he was the editor of numerous contemporary art exhibition catalogues, articles and other publications.